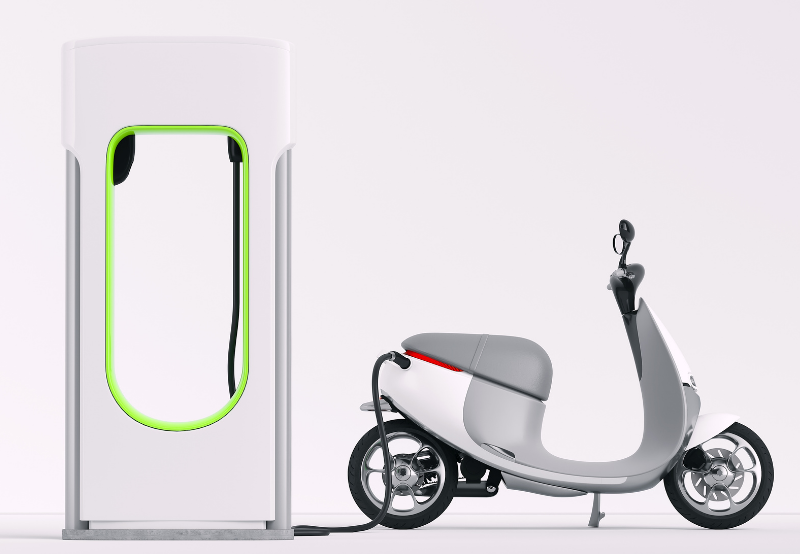 Many people are very curious about electric scooter and ask us this question. Of course there are petrol heads and EV cynics who don’t care. But, they don’t know what they are missing!

For others, I will summaries my experiences below.

I have been using an electric scooter for more than 2 and half years. And it has been the best decision I have ever taken.

EV’s are more than vehicles

​I always talk to people and tell them about the social implications like about EV’s – there is no war for electricity, there is no pollution, you are not sending money out of your country then they realize that this is a life changing vehicle.

Instead of sending 150 Billion $ on imported oil each year we keep the money here and keep our wealth in India.

Our cities are becoming gas chambers because of the pollution caused by petrol and diesel vehicles. EVs run on batteries and emit 0 emissions. People who say that EVs are coal-fired vehicles need to do some reading. Analyses by various scientific organisations have shown that electric vehicles, even those powered by electricity generated by coal-powered plants, are much more efficient than oil-based vehicles and, as a result, release fewer CO2 emissions.

So an electric vehicle is so much more than a vehicle. Its a change for the better. Go ahead and get one. It can be an electric cycle, or an electric scooter or a car. Own an electric and show the world that visiting petrol pumps is a disgusting habit that the corporates want you to do.

​Liberate yourself with an EV!

Here is why you should buy an electric scooter

Electric vehicles (EVs) are quickly becoming a need. The need for alternative fuels for transportation is higher than it has ever been. Electric vehicles are one such option, as they produce no emissions. Two-wheelers are a standard mode of transportation in India, and electric two-wheelers are becoming more popular as the push for EVs grows louder.

To begin, consider how much money and time you would spend on a gas-powered scooter. Considering the cost of petrol for a 100km ride in a regular vehicle will cost you more than Rs.150.

On the other hand, an average electric scooter will cost you far less than Rs.150 for the same distance. The only difference is that you must recharge the scooter’s batteries.

The bottom line is that you won’t have to worry about the cost of maintaining your electric scooter. According to industry estimates, it will be less expensive than owning a gas motorcycle.

Here is the best part! You get tax benefits for your EV Scooter.

Depending on the state in which you live, the government offers a variety of policies and incentives. For example, interest-free loans, top-up subsidies, and special incentives on electric two-wheelers, among other things, are available. The customer will also receive a direct discount on the cost of the electric scooter. In addition, the Indian government waives the road tax at the time of purchase.

The subsidy rate for electric scooters has been enhanced to Rs 15,000 per kWh as part of the second phase of the Faster Adoption and Manufacturing of Hybrid and EV (FAME) initiative. To qualify for this subsidy, scooters must have a minimum range of 80 km/h and a top speed of 40 km/h. In addition, the maximum ex-factory price shall not exceed Rs 1.50 lakh.

Another benefit is the environmental benefit-

Fossil fuels are in short supply, and their use is harming the environment. Toxic emissions emitted by gasoline and diesel vehicles have long-term health implications. Automobiles that run on electricity emit significantly fewer emissions than those that run on gasoline or diesel. This is because electric vehicles can transfer about 60% of the electrical energy from the grid into wheel power. Even so, gasoline and diesel vehicles can only convert 17 percent to 21% of the energy in the fuel to the wheels. That is a waste of around 80% of your time. Fully electric vehicles offer no tailpipe emissions, but even when power production is included, petrol and diesel vehicles release nearly three times the amount of carbon dioxide as the average EV.

Electric vehicles can operate in complete silence because there is no engine beneath the hood. There will be no noise since there will be no engine. You have to check your instrument panel to see if the electric motor is on because it runs quietly. Because electric vehicles are so quiet when they are on, manufacturers must incorporate fake sounds to keep pedestrians safe.

Electric scooters are the future!

Many advancements are being made to the Electric Scooter field. Electric scooters are the most cost-effective way to protect oneself from high gasoline expenses due to their low costs, low maintenance, and zero tailpipe emissions (in fact, there is no exhaust). With the price difference between petrol scooters and electric two-wheelers narrowing, traditional two-wheeler manufacturers have introduced electric models.

The supply chain will be significantly streamlined in the future, with localized production of lithium-ion batteries and other EV components driving lower costs. In addition, with battery life outlasting the average ownership period, companies will aim to go above and beyond to make the secondhand scooter market more transparent.