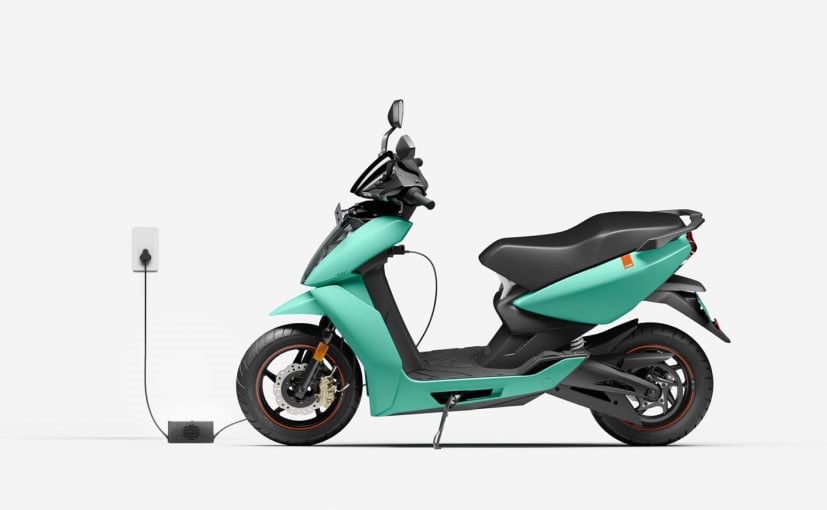 It is like asking a cricket player what encouraged him/her to play cricket or asking a soldier why you joined the army? It is a straightforward and small query, insinuating a short answer is hoped. The hesitation in response comes from your absence of commitment to your cause. However, the momentary overload of feelings and considerations makes it more challenging to condense the reply in a single sentence.

I wish to reply slightly differently from the standard green causes or other reasons. In such typical replies, the advantages to the environment from the electric vehicles are concise and stand on their benefit, not the only reason I love electric bikes and scooters. There’s something else that has been the core reason for my love for e-vehicles.

Back to my memory lanes, I was solely engaged in engineering profession and considerably in a bigger part of my life. In my teenage days, I remember how I played with a computer known as a Sinclair spectrum that was connected to television and mainly used to play several games. After that, I remember the computers in my college college days, the big and bulky machines with broad monochrome screened monitors that demanded strong air cooling.

I also has reminiscence of using Unix. I loved the operating system and other tools and utilities that was provided along with it. But the drawback was that, Unix was only available on selected systems or machines and the time slots was supposed to be reserved prior.

Approximately a decade after that, I remember downloading and installing red hat Linux and purely enjoyed at discovering all the Unix software and tools at my fingertips. Now the availability of softwares was not restricted and we were free to use it. Probably the influence and modernization of Linux turned tables around and created more opportunities around the bay. With such advancement, I was able to access and download some more advanced versions of graphics libraries and make graphic applications as well. Now space was  not an issue and I was able to play endlessly as there was enough of open source software. Gradually, I could see myself as a pro in this field and was able to handle system utilities with more ease.

I have a very strong inner-feeling that we are on the verge of such revolutions. Now accessibility to handle, construct, or tweak a vehicle was considered a limited activity. It was preferred by very few people who were actually into it. Now the question comes in mind, who can make or build an electric vehicle? A straightforward answer, anyone who owns a garage. However, there are some government regulations that is the only limiting factor but that will gradually evolve.

When it comes to electric vehicles, these seem to have revolutionized the automobile industry. The primary reason is that we consider vehicles dependent on fuel like petrol or diesel to run. Take your two-wheelers, for example; more than ninety percent of scooters run on petrol, making these the most pollution-causing vehicles in the world. But when you switch to electric scooters, you get several benefits with a single change. Some of the reasons why you should start using electric vehicles are as follows:

When you purchase an electric scooter, you can also enjoy tax benefits. Many governments are introducing special road tax holidays to encourage people to purchase electric vehicles. Most vehicle owners will tell you a significant amount of the cost of a vehicle goes into road tax. But when you purchase an electric vehicle, you can apply for a tax holiday, which can be beneficial in the long run.

The best opportunity is for the product selling corporations in the auto sector to evolve into the platform selling corporations. Then, innovators will be more prone to utilize platforms and construct customized merchandise. Let’s say, the customized by product of a minibus can be an ambulance with more excellent communique performance features, or a school bus that is more safe, or can be a tourist bus with more comfy and luxury features.

One of the most significant benefits of an electric vehicle is it is eco-friendly. Studies show that pollution caused by the fumes released by petrol or diesel-run vehicles is one of the major causes of the greenhouse effect. Moreover, the maintenance of the vehicles is also expensive. You will have to change the oil filters and use good quality Mobil oil to protect the engine. But when it comes to your electric scooters or similar vehicles, you do not have to worry about such things. Think of your four-stroke two-wheelers. You must use the best quality Mobil oil to maintain the engine well-maintained. But when you switch to an electric vehicle, you will find that maintaining these vehicles is also quite simple.

Nevertheless, indeed there are infinite possibilities that are already in the market that exist in tweaking software for power management unit of the vehicle, battery management system, data collection and even charging infrastructure. Moreover, such a significant boost for a country like ours, which is on the verge of having strong footprint in the software industry.

The engines of these vehicles run on an energy source that does not produce any debris or leave behind any residue. You have moving parts in the vehicle, but all parts run on clean energy. Hence, you will find maintaining the vehicle is also easier. This means less expense for you in the long run. Many people feel that electric vehicles are expensive and can prove to be an unnecessary expense. But in the long run, you will find your investment worthwhile. By making a single investment, you will be enjoying the following benefits:

Thus, even if you feel you are taking a chance by purchasing a pretty experimental vehicle, it will be a worthwhile investment.

I may place the solar panels and generate electricity to charge my vehicle if I want.

Who creates, sells, and operates vehicles would modify. The business model that depends on a higher entry barrier would fade away. Instead, the flexible and open business model based upon making more chances for entry would take centre stage.

In a nutshell, it would lead to decentralizing the access to resources such as energy and knowledge and democratization of the entire transport industry. It not only changes auto manufacturing; however, but it will also change the oil businesses. Tyrants and despots in oil-producing nations who thrive on management over resources, temple human rights, and stifle democracy would be mainly weakened. Wind’s power and the sun’s energy is available far more equally and is challenging to manage.

Many two-wheeler owners opt to purchase electric scooters because of the vehicle’s efficiency, speed, and easy maintenance. When something new is launched in the market, it is met with skepticism. But if you can overcome it and think about the advantages of an electric vehicle, you will find it an excellent investment. Moreover, when you start using the electric vehicle, you will find that you are becoming used to its efficiency and might even reduce using your petrol or diesel driven vehicles.

Would that be heaven on earth? Not primarily. However, it would be a proper step in the right direction.

What happens if an Electric Scooter runs out of charge?

How to improve the battery life of your EV